Colour rendering is the ability of a light source to reveal the colour of an object or surface.

A low Ra will not render colours as accurately as a higher one.

The most accurate light source would be Ra100. It would show all colours truthfully. Apart from daylight, an incandescent is the only light source considered to have this level of accuracy and it is used as the Standard by which all other artificial light sources are compared.

It is the only artificial light source to have all the colours in its visible spectrum (red through to violet) and a smooth the transition between the colours.

Most commonly, light sources for general interior lighting design have an Index rating of equal of greater than Ra80 which is considered high enough for most spaces.

Full and more even spectrum light sources with higher classifications, Ra90 and above, are necessary for tasks or applications where it is important to see things, such as skin colour or art works, as accurately as possible. 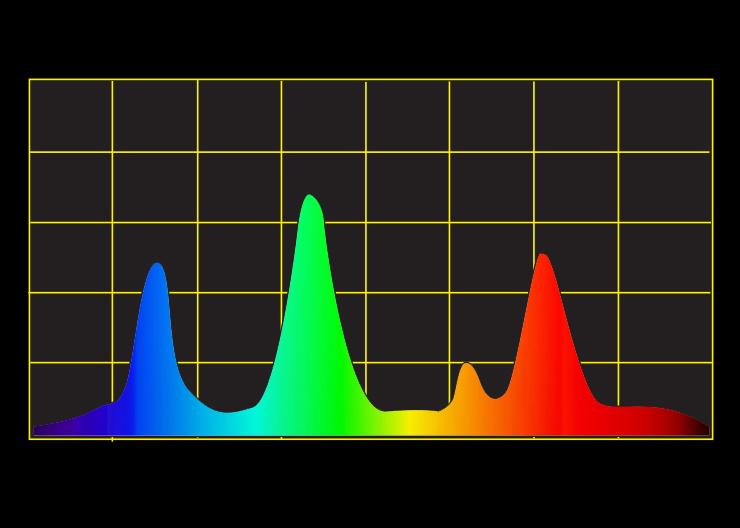 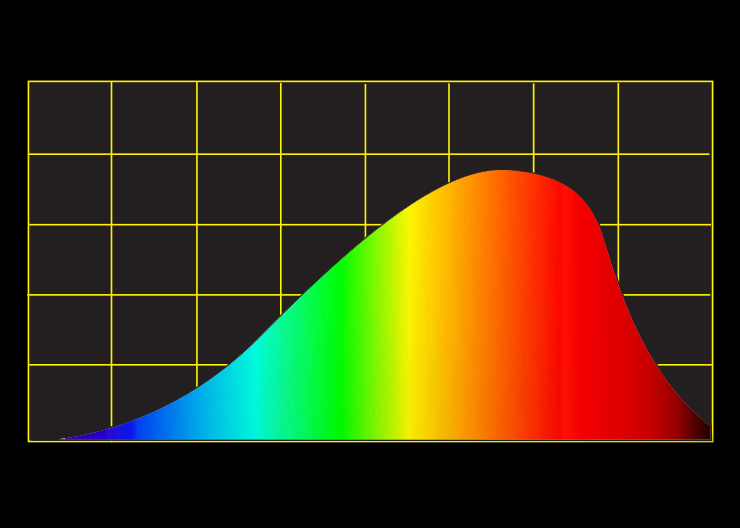 Other than daylight and incandescent light sources, the visible spectrum of most other sources will have uneven (spiky) distributions. This, in part, is the result of the light source using phosphors or a mix of rare-earth gases to produce visible light. In general, the fewer number of colours in the spectrum the lower the Ra. The illustration on the left shows all the colours but with less amounts of light-blue/green and yellow/orange, so these in-between colours will not be rendered well with this source.

Other sources may have the same Ra but have different spikes. So, if a particular colour is to have accurate colour rendering it is necessary to see the spectrum (SPD - spectral power distribution) of the source.