Whether to specify downlighters with ceiling trims (which are sometimes known as bezels) or downlighters without ceiling trims is usually a trade-off between aesthetics and practicalities: how simple is the downlighter to install and how will the fitting looks in the ceiling. The light element of luminaire will be the same in either construction. 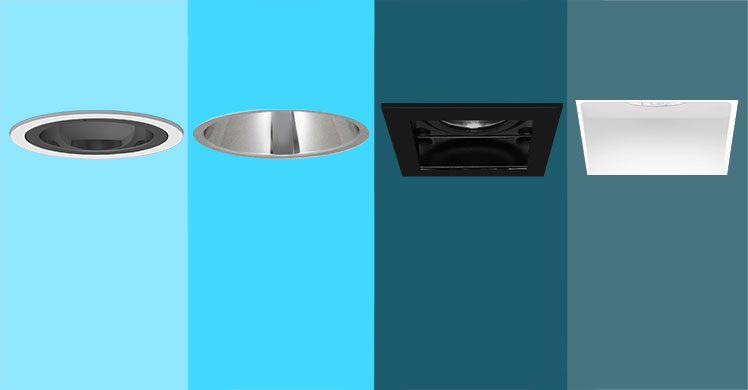 Downlighters with ceiling trims are cut and fit products, with all its components installed after the ceiling is finished. Ceiling trims have thickness of about 2mm. They offer a solution for all kinds of ceiling whether existing older plaster ceilings or new plaster construction, metal tile systems or even wood. Once a circular, square or rectangular hole is made the edge of the cut out is covered neatly by the ceiling trim.

When you might not want to specify a trim.

Designed Architectural Lighting has a selection of downlighters with and without trims.

TRIMLESS VP ranges do not have trims but do have a 1mm thick reflector edge. If used in a plaster ceiling Trimless downlighters have first-fix components which are installed prior to any plaster skim being applied. The downlighter then fixes into the prefixed item.

MINITRIM downlighters have no separate ceiling trim but all components are installed after the ceiling is finished. For this type of product the cut hole has to be exact in diameter with a neat edge.